Toward exploring new imaginary proto-intelligence, we model an imaginary slime mold as a graph which can move, reshape, divide, and connect to others in a two-dimensional space, and then, create intelligent behaviors of a group of such graphs based on human subjective evaluations. The graph has rules for movement, reshaping, division, and connection. Ways of applying the rules to each graph are determined by fitness that the graph obtains in the space. Fitness given to a graph is concretely determined by the position of the graph and the connections of the graph to others. Therefore, providing a concrete fitness function for the model, specific behaviors of a group of graphs can be created. Then, we use interactive evolutionary computation as an optimization method, which involves a human user as an objective function, for optimizing the fitness function to create intelligent behaviors of a group of imaginary slime molds for the involved human user. In case that the progress is more than planned, we analyze the created behaviors and try to understand what intelligence is for humans. 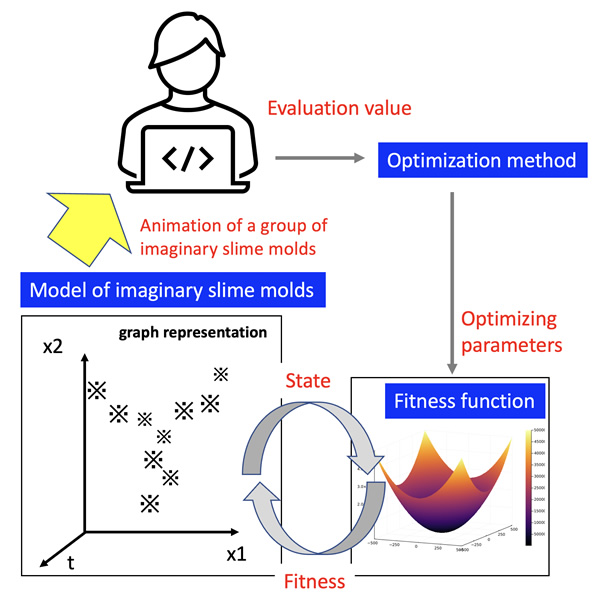