The Algorithm Evaluation Group (B02) consists of Dr. Nakagaki, who is working on the algorithm of slime mold to find the shortest path in a maze, and Dr. Iima, who is working on the models of collective motion of microalgae. We will evaluate the algorithms proposed by other groups including Publicly Offered Research groups, and provide feedbacks to each research project.

Two themes will be carried out in three work steps (experiment, dynamics analysis, and algorithm analysis).

(1) Co-development patterns of colonies and transport networks adapted to diverse spatial structures: a comparison between slime mold and human societies
A giant amoeboid organism, a plasmodium of slime mold Physarum polycepharum, creates a reticulated tube network that extends over its entire body and freely reconstructs itself according to the external environment. The heart of the network is a surprisingly simple “current-reinforcement rule," i.e., the tubes become thicker when the flow through the tube itself is fast, and become thinner when not fast (Nakagaki et al., Nature 2000; Tero, et al., Science 2010). To extend these results, we will investigate the co-development of human society, cities, and transportation networks, as well as the construction of environmentally adaptive networks in various biological systems. 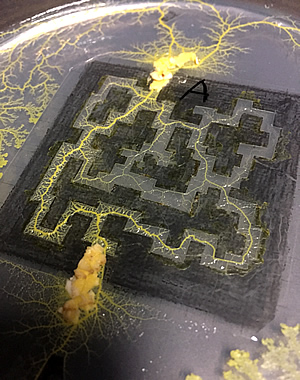 the plasmodium of slime mould that forms a tubular hods along the short path of the maze. 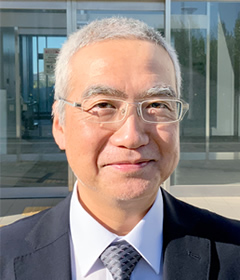 Dr. Nakagaki received his Master's degree from the Graduate School of Pharmaceutical Sciences, Hokkaido University in 1989. After working for a pharmaceutical company, he completed his doctorate at the Graduate School of Human Informatics, Nagoya University in 1997 while working as a part-time lecturer at a correspondence high school.
He has been an associate professor at Research Institute for Electronic Science, Hokkaido University, and a professor at the Department of Complex Intelligence, Future University Hakodate. 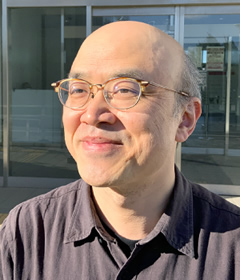 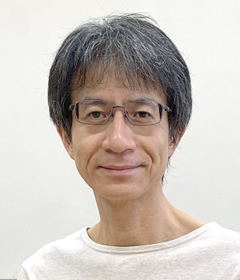 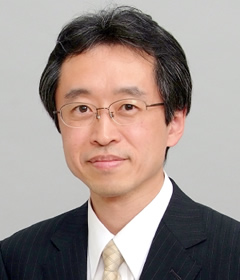 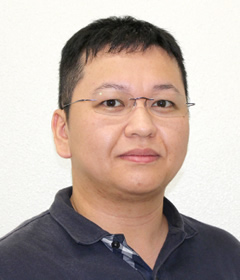 University of the Ryukyus
Faculty of Engineering
Associate ProfessorItsuki Kunita